This week I stumbled upon this presentation done by Pieter Baele, about the integration of Linux, Microsoft AD and OpenDJ, to build a secure efficient naming and security enterprise service.

The presentation covers the different solutions to provide integrated authentication and naming services for Linux and Windows, and described more in depth one built with OpenDJ. Overall, it has very good information for the system administrators that need to address this kind of integration between the Linux and the Windows world. 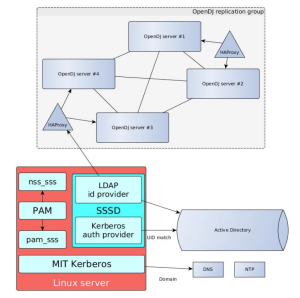 I’ve recently made some changes on the OpenDJ nightly builds page and made available 2 new deliveries for OpenDJ : an RPM package and a Debian package.

The goal of providing native packages for OpenDJ is to make things much easier for the Linux system administrators and the DevOps  who want to deploy OpenDJ automatically, as well as for whoever wants to run OpenDJ in a VM in the cloud. 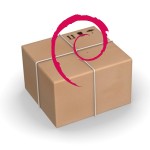 There has been several other efforts to build native packages for OpenDJ, here and there, but due to the structure of OpenDJ deliveries, you could not properly upgrade versions. The packages available with the nightly builds are taking advantage of the new upgrade mechanism that has been developed, allowing an easier and smoother migration from previous releases.

If you do use the packaged version, make sure you log any bugs you find in theOpenDJ issue tracker.

I’d like to thank Danny Turner for his great contributions to the OpenDJ native packaging.

Quite often when one tries to migrate data from a directory server to another, small differences are discovered that prevent a direct and smooth migration. One of the most common issues when migrating from OpenLDAP or other Linux centric directory server to OpenDJ is around the schema for NIS, or the RFC 2307.

Before we dive into the core of the problem, let’s describe the symptoms:

Part of migrating from one directory to another consist of exporting the data to a common textual format, most likely LDIF, and import it in the new server. If you try to import some data in OpenDJ and it rejects entries as invalid with messages like the one just below, then you’ve just hit a schema issue with RFC 2307.

Why a schema issue ?

Well, RFC 2307, “An Approach for Using LDAP as a Network Information Service” was published as an experimental RFC in 1998. As Unix vendors started to use it, they found a few issues which were addressed in an internet draft nicknamed rfc2307bis (the latest version can be found here). Solaris and HP-UX started to use this later schema, while Linux sticked to the official RFC.

One of the main difference between the RFC and the internet draft, is the PosixGroup object class definition that was changed from Structural to Auxiliary, hence the failure to import an entry defined with the RFC 2307 schema into a server supporting the rfc2307bis schema.

So what to do if I want to successfully import my data ?

There are 2 options : Fix the data to be compliant with rfc230bis schema or configure OpenDJ schema to be strictly RFC2307 compliant.

Fixing the data is quite simple, but requires basic knowledge of LDIF.

Make sure you change all group definition and you can now import the data to OpenDJ.

Linux pam_ldap has full support for RFC2307bis. You just need to update the /etc/pam_ldap.conf file with the following line :

Now, if you prefer to remain strictly compliant with RFC 2307, you need to change the schema of the OpenDJ server. Basically, you just need to stop the server, remove the 04-rfc2307bis.ldif file from the config/schema/ directory (save it in case you need it later) and add in the config/schema/ directory, the 04-rfc2307.ldif file. You can now import the data in OpenDJ.

This 04-rfc2307.ldif file is not part of the current distribution of OpenDJ, but we will add it pretty soon, however not as the default schema.

Ubuntu documentation with regards to LDAP client authentication has been available for a while but is limited to a few directory servers. As more and more companies are looking for a replacement of their legacy Sun Directory Server, I’m happy to relay that Dave Koelmeyer has just posted a very detailed and step by step guide on how to do LDAP authentication with Ubuntu 10.04 and OpenDJ 2.4.1. A nice complement to the official docs. And a nice contribution to the OpenDJ community.