I’m one of the organisers of a developers’ conference here in Grenoble, France, the SnowCamp. The 3rd edition took place last week at Minatec. During 3 days, we hosted 10 University workshops, 40 presentations, 3 keynotes, and welcomed 375 attendees. And on the Saturday, we ran a smaller unconference with some of the speakers on the snowy slopes of Chamrousse, the closest ski resort to Grenoble.

It has been 4 very intense days, but I’m really happy with how smooth the event went, and I’m excited to help organising it again next year (no spoiler, but it should take place end of January 2019). 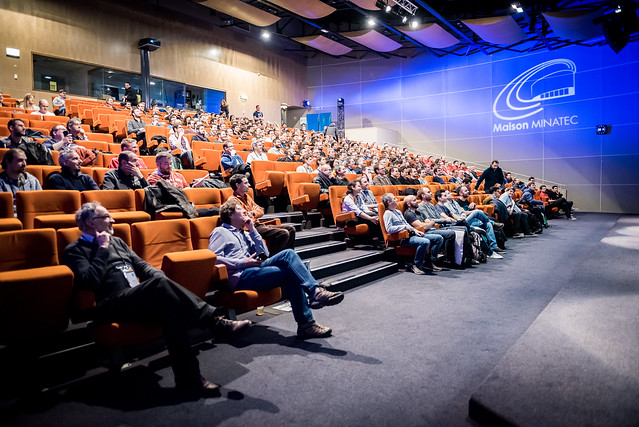 I’ve been traveling a little bit last week, visiting a major customer in the UK (helping with their OpenDJ based directory service that has grown from 13 Millions entries to 17 Millions in a about 6 months).

Last week was also a busy week in term of news for ForgeRock. First, we’ve  announced the release of OpenIDM 2.0, a major version of our real-time identity life-cycle management, provisioning and synchronization software product. OpenIDM 2.0 is a new release, but is already running in production at a few happy customers.

ForgeRock and Qubera Solutions have announced a partnership for the delivery of Standard-based Identity Services based on ForgeRock I3 Open Platform. Qubera Solutions offers workshops and migration tools to help former Sun Microsystems customers to move away legacy software solutions.

I’ve also came across a blog post from Martin Sandren, that positions ForgeRock as one of the challengers on the Identity and Access Management market.  It’s an interesting reading and it looks like the previous announcement does start to address some of his concerns.

Martin was not the only one to talk about ForgeRock. Scott Mc Nealy has been nicely advertising about us on Twitter.

And finally, we’re expanding and therefore we’ve published a few job postings on our web site. I’m pretty confident that these are just a few to start with and we will have more, including some in our Grenoble Engineering Center.

With the arrival of the App Store for Mac OS X, the first application I installed and tried is Twitter 2.0.

Twitter is the client that I’m using on the iPhone and I’ve heard good things about the Tweetie, Mac version, and a lot of expectations for the 2.0 version.

Twitter 2.0 has an new user interface that is a different than other OS -X applications, but it’s very easy to get used to it. It’s a single column app, with an icon toolbar on the side giving access to the timeline, mentions, direct messages, lists, searches… It supports multiple accounts and fits really well on the side of the screen with smooth scrolling when new tweets arrive or when changing view. It’s very lightweight in memory and on the CPU, which is a good thing for apps that are opened all day long on the desktop.

But Twitter 2.0 lacks some of the features that I’m used to with my other Twitter client application :  Nambu.

The biggest and most important missing feature for me is the lack of notification on Searches. I understand that this is probably a design choice to prevent overloading twitter service, but I have a set of predefined terms that I’m tracking and for which I want almost real time notification.

The other missing features I noticed are notifications for lists, the auto-completion of user names, the possibility to translate tweets written in Foreign language, and most importantly the indication that a tweet has been read or not, especially between restart of the application.

For those reasons, Nambu remains my preferred application for reading and posting to Twitter. But I can see the Twitter application quickly taking over the desktop of the regular users.